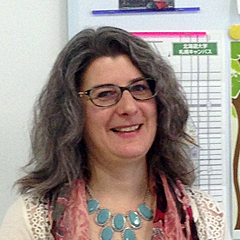 My research centers on the Meiji and Taisho eras, times of great change in Japan. In the early Meiji era, Uchimura Kanzo and other students at Sapporo Agricultural College had to integrate new Western and Christian ideas with the culture and lifestyle of their childhood.

These students became Christians just a few years after the ban on Christianity was lifted in Japan. It was a daring act, but it was felt to be one way of “catching up” to the West. When approached with the idea of Christianity, Uchimura was repelled by the thought because he imagined that it would make him a traitor to his country. Eventually he concluded the integration of Japanese values and Christianity would make Japan the best possible country.

Recently, I am interested in looking at this process on a scale beyond Christianity. I think that even today we can learn from the process these men experienced and that it can give us insights into dealing with different cultures.

About the Faculty
(Instructors & Research)