How To Apply
Home > COURSE DETAILS > Physics I, II 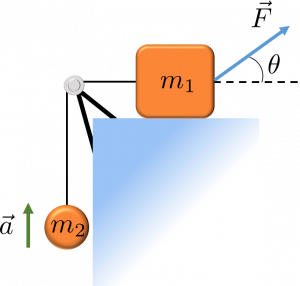 Overview
Physics aims to understand the natural world and universe around us, and how it works. In these introductory courses we will cover the foundational principals that are invaluable to any physicist. These first two courses, mandatory for all ISP students, act as the stepping stones to understanding a wide range of physical phenomena and are vital prerequisites for further advanced topics such as quantum mechanics, nuclear, and particle physics.

Physics I focuses on classical mechanics, waves, and thermodynamics, which address how solid bodies and fluids behave. While this course specially addresses the “classical” side of physics, it is the groundwork upon which more modern physics is based (quantum mechanics is nothing without an understanding of waves, and relativity can only really be understood after a grasp of classical mechanics). In thermodynamics, students will come to grips with the fundamental physical definition of temperature and its relationship to other thermal properties of systems, work and internal energy, the first and second law of thermodynamics and the fundamental concept of entropy.

Physics II then turns to more abstract topics of electromagnetism and modern physics. Electromagnetism begins with a discussion of electric and magnetic fields, electric currents, and on to the first exposure to the famous Maxwell’s equations. After learning that light is fundamentally an electromagnetic phenomenon, students will be exposed to lectures on optics. The last part of the course is an introduction to several important topics from modern physics, including relativity, quantum mechanics, and the behavior of atoms and atomic nuclei. The aim of these lectures is to offer a glimpse of the behavior of matter when speeds are close to the speed of light and when spatial scales are smaller than the size of an atom.