All sessions of 2017 MJSP Lecture Series have been concluded.  Thank you all for your participation! Here are brief summaries of these fascinating lectures given from May to July 2017 for spring series (For Autumn lecture series, see summaries via this link).

In this talk, Professor Saaler discussed the recent more confrontational tone in the debate over memories of the Asia-Pacific War (1931-45) in front of a large audience of MJSP and Nitobe students. To illustrate the changes he observed, Prof. Saaler used examples from media, history schoolbooks, and government statements. He traced the shift away from previous reconciliation policies and statements of the 1980s and 1990s to a strong backlash led by LDP politicians and conservative intellectuals against the reconciliatory tone by the Hosokawa, Murayama and Obuchi Cabinets. 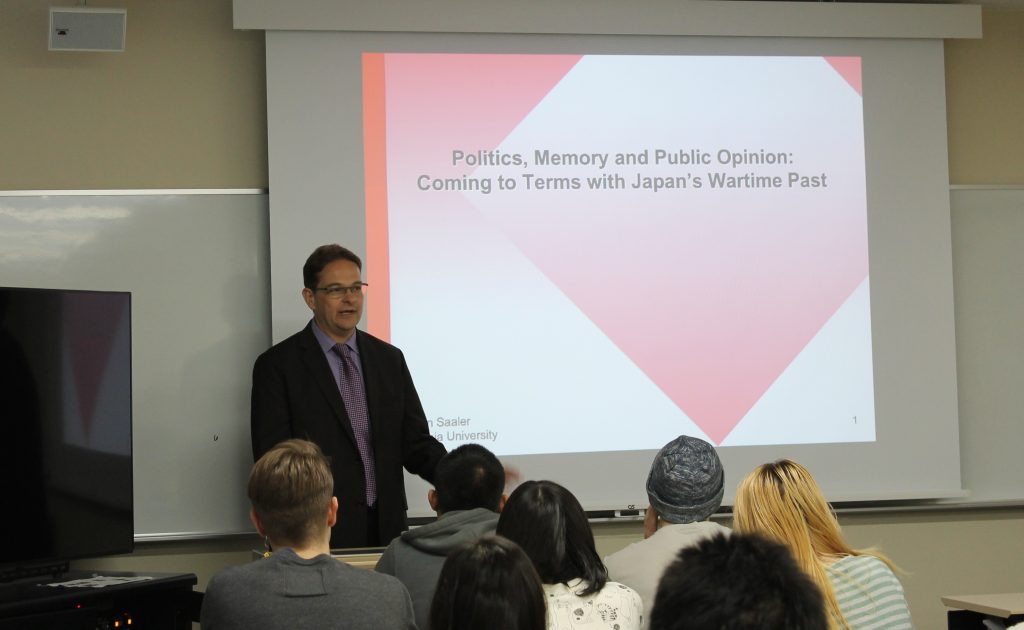 “What Do People Mean When They Talk About Constitutional Revision?” on 26th May (Prof. Kenneth Mori McElwain (University of Tokyo))

Professor McElwain’s talk focused on the Constitution of Japan in a comparative perspective as well as the necessity of and popular support for a potential amendment. The talk touched on several characteristics of the constitution, including the vagueness of institutional stipulations coupled with a very detailed enumeration of civil rights. Prof. McElwain argued convincingly that this was one of the main reasons why Japan’s supreme law has yet to see an amendment, despite having been in effect for 70 years. During the Q&A with students, the discussion focused on the desirability of constitutional flexibility. 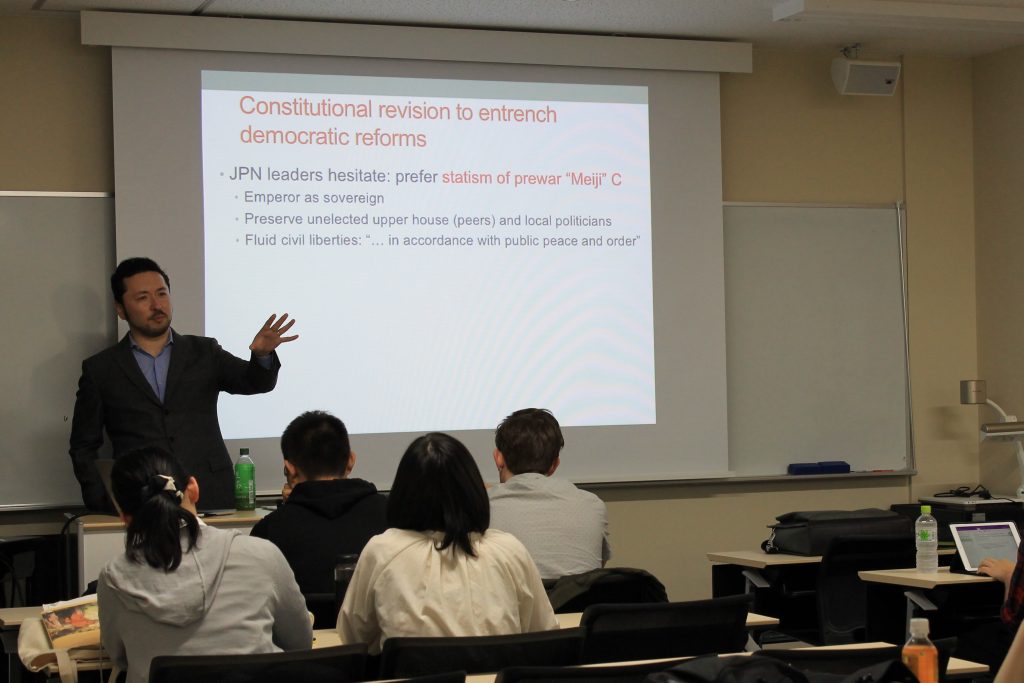 In his talk, Professor Ben-Ari discussed a topic that most people tend to avoid, namely death. He showed that soldiers, who are by nature of their profession at greater risk of dying than the average citizen, enter a generally unwritten agreement with their country: In return of the willingness to give their lives while fighting for their country, the nation would ensure that they will be adequately remembered and their families taken care of. The following discussion circled primarily around what is arguably this agreement’s most obvious and controversial manifestation, the Yasukuni Shrine. 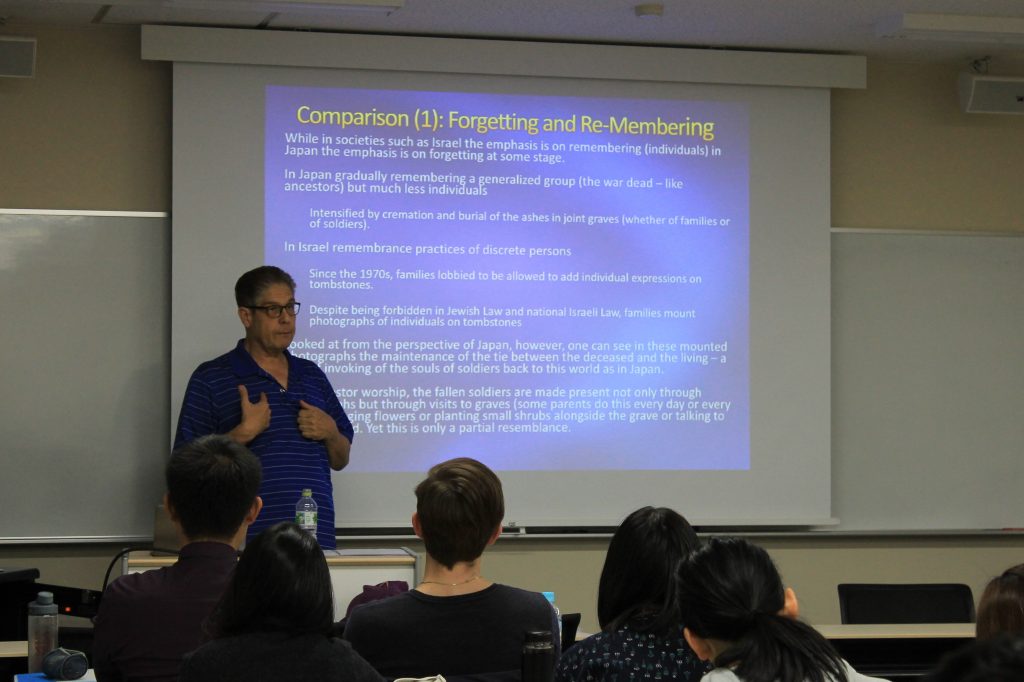 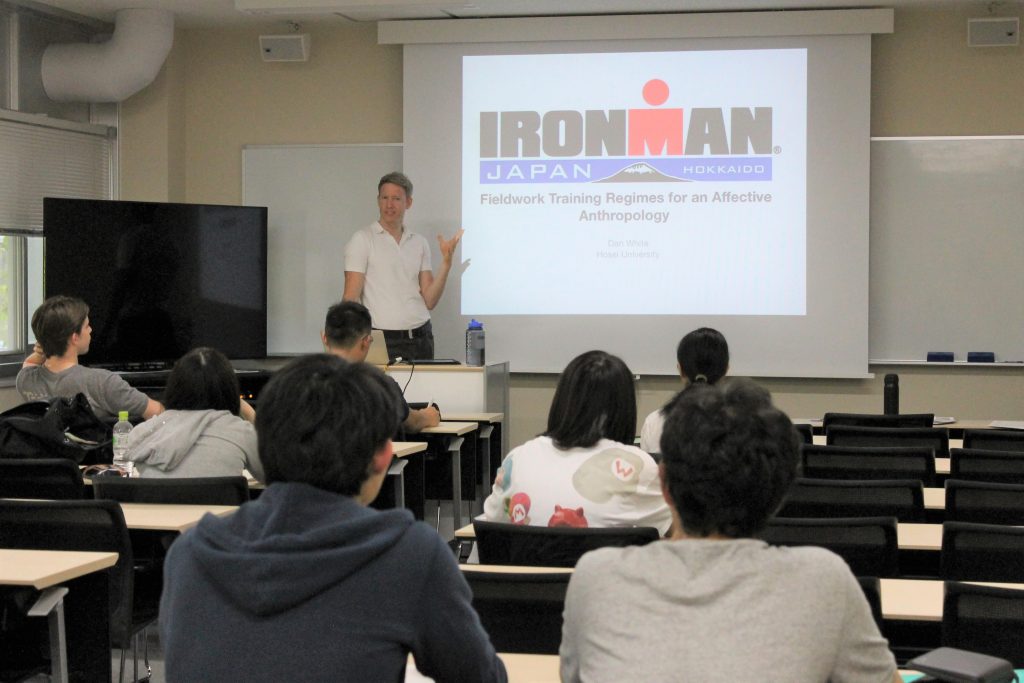 “The Path to Pearl Harbor: Japan’s Challenge to the International Order and the Realization of the Thucydides’ Trap” on 6th July (Prof. Toshihiro Minohara (Kobe University))

Professor Minohara initially introduced his audience to the history of US-Japan relations dating back to the Bakumatsu period. The two nations’ relationship changed rapidly over the course of the pre-war period, as Japan gradually became a challenger to US-British domination over the Pacific. This conflict would eventually culminate in the attack on Pearl Harbor and the Pacific War. In comparing this historical setting to the present day, Prof. Minohara argued that the struggle for one’s own sphere of interest between the US and the People’s Republic of China bears some resemblance to the 1930s.

In her lecture, Professor Omori discussed the changing perceptions of self that Catholic converts in Japan undergo. She explained that many converts whom she interviewed, experienced strong positive feelings during this process: They felt that the chains imposed upon them by social hierarchies and obligations were removed by a power structure in which the position of human actors is considerably reduced. The talk was followed by a lively Q&A with students and faculty, which focused on different perceptions of Catholicism in Japan and abroad. 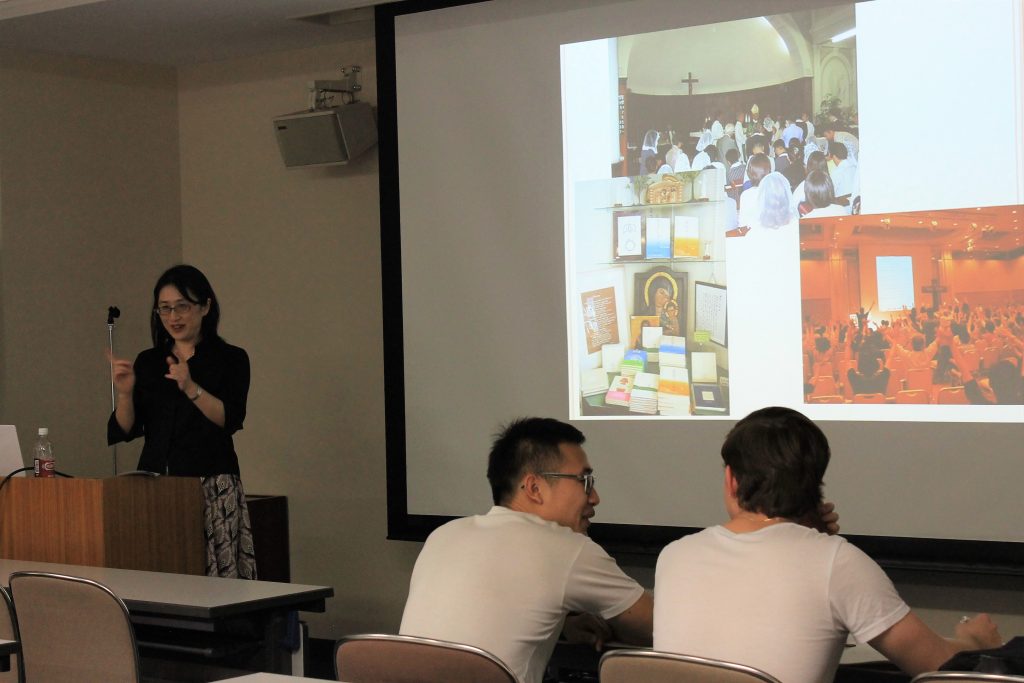