All sessions of 2016 MJSP Autumn Lecture Series have been concluded.  Thank you all for your participation! Here are brief summaries of these fascinating lectures. We hope to see you again in 2017 MJSP Spring Lecture series which will start in May 2017.

“On the Front Lines: The Realities of Reporting Japan” on 17th October ( Mr. Eric Johnston (The Japan Times))

What are the challenges journalists face in reporting Japan? Veteran journalist Mr. Eric Johnston of The Japan Times discussed how domestic and foreign media covered U.S. President Barack Obama’s visit to Hiroshima, Japan’s Lower House election. He also talked about the realities of being a front-line, on-the-scenes reporter in Japan. 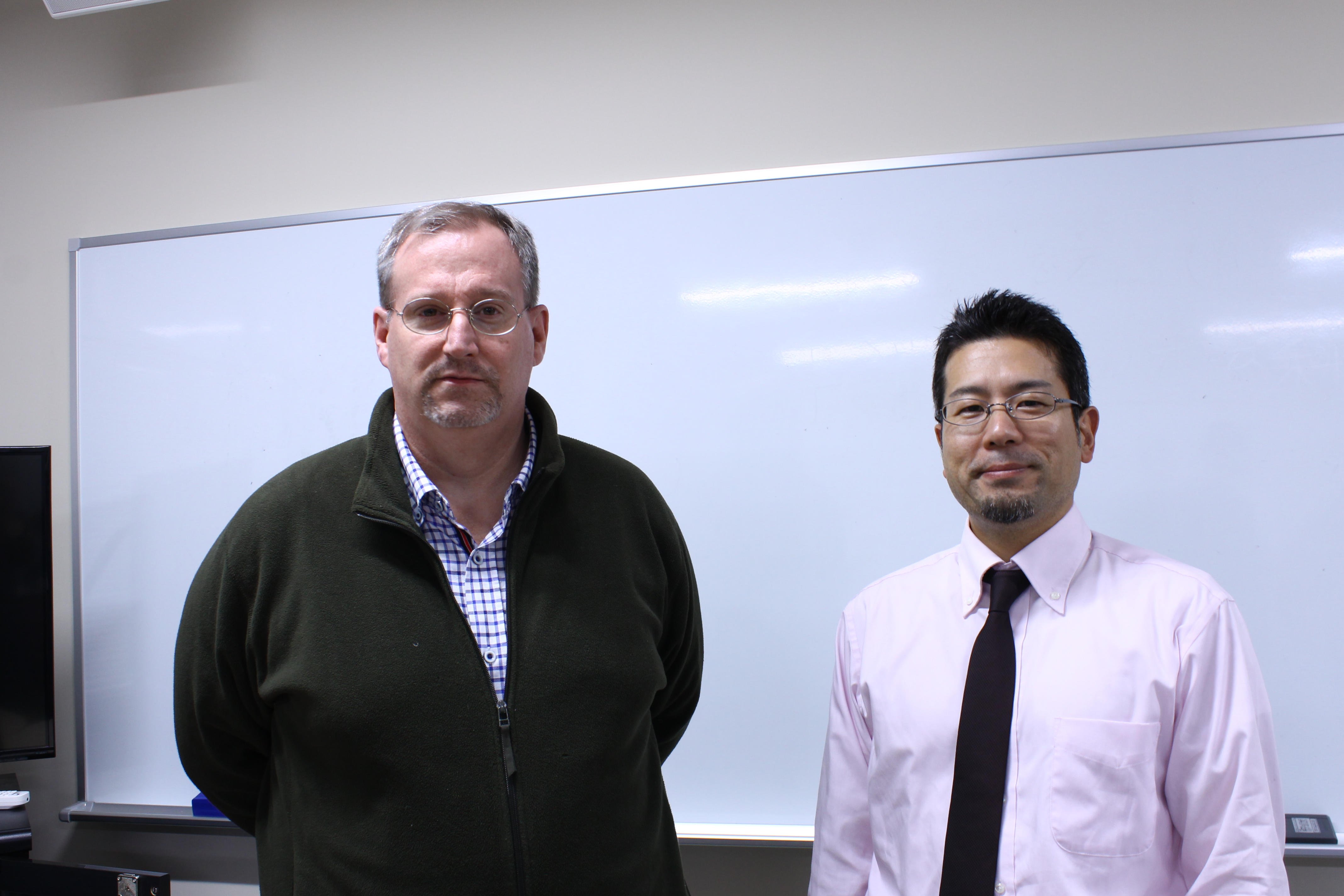 At this talk event, this year’s seminar participants who consisted of MJSP students as well as Japanese students, two representatives of Shintotsukawa, Dr. Stephanie Assmann (Research Faculty of Media and Communication), Dr. Susanne Klien (MJSP) and teaching assistant shared their respective experiences of the workshop. The event was attended by students, staff as well as general public. 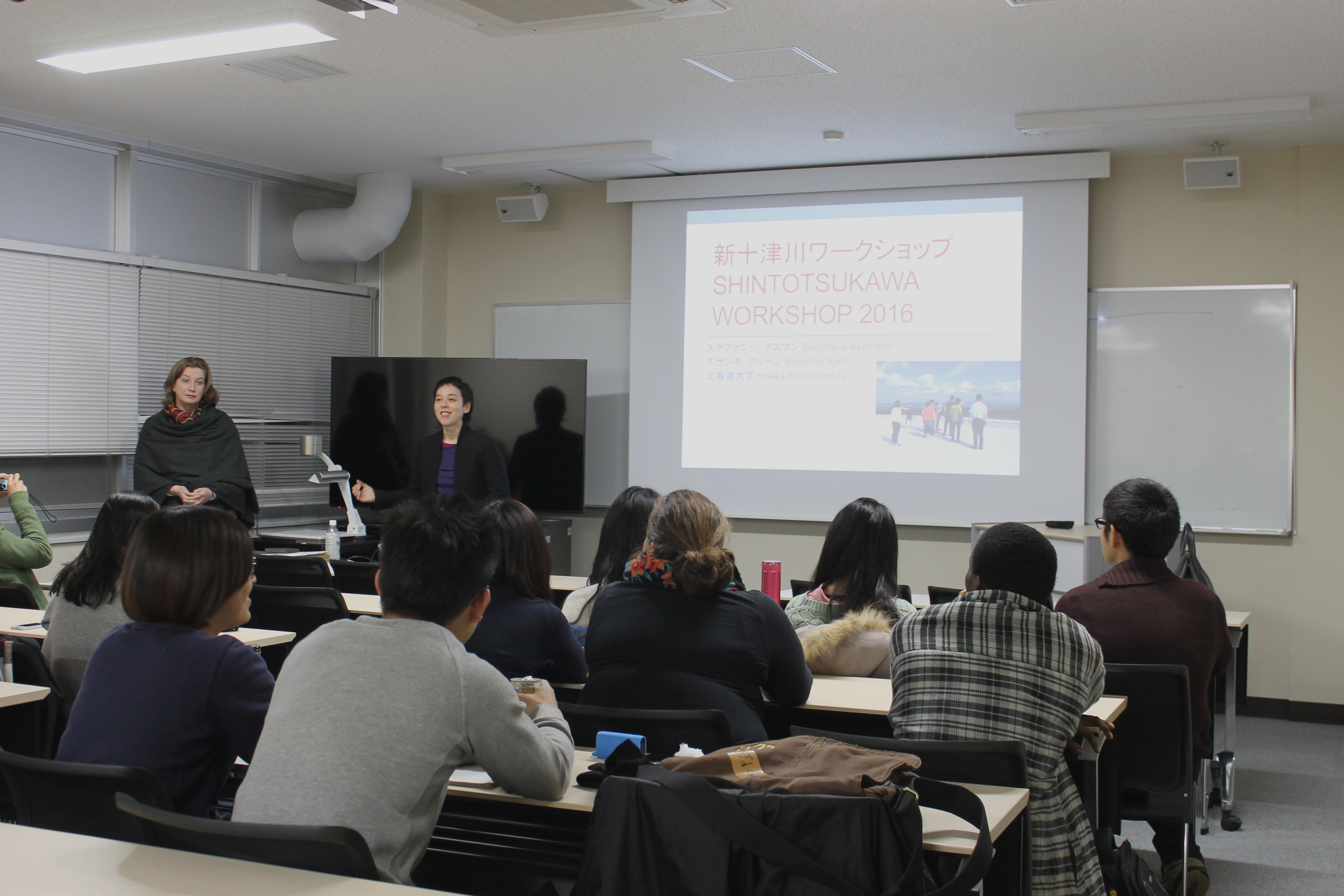 The term ikumen, referring to men who actively participate in raising their children, was coined in 2010 as part of the Japanese government campaign aimed at boosting the efforts to help reverse the downtrend in the nation’s fertility rate and on the background of a society which has been coping with trends toward postponing marriage, fewer children and increasing dual-income households. The high popularity of the term (third-price, 2010 Buzzwords-of-the-Year Contest) attests the growing cultural and social interest in new fatherhood or in the re-definition of Japanese family. Prof. Goldstein-Gidoni’s lecture explored gender relationship in 2000’s Japan and was based on her recent book Housewives of Japan: An Ethnography or Real Lives and Consumerized Domesticity (Palgrave-Macmillan, 2012, 2015) and on her current research about “new fatherhood” and the changing gender contract in contemporary Japan. 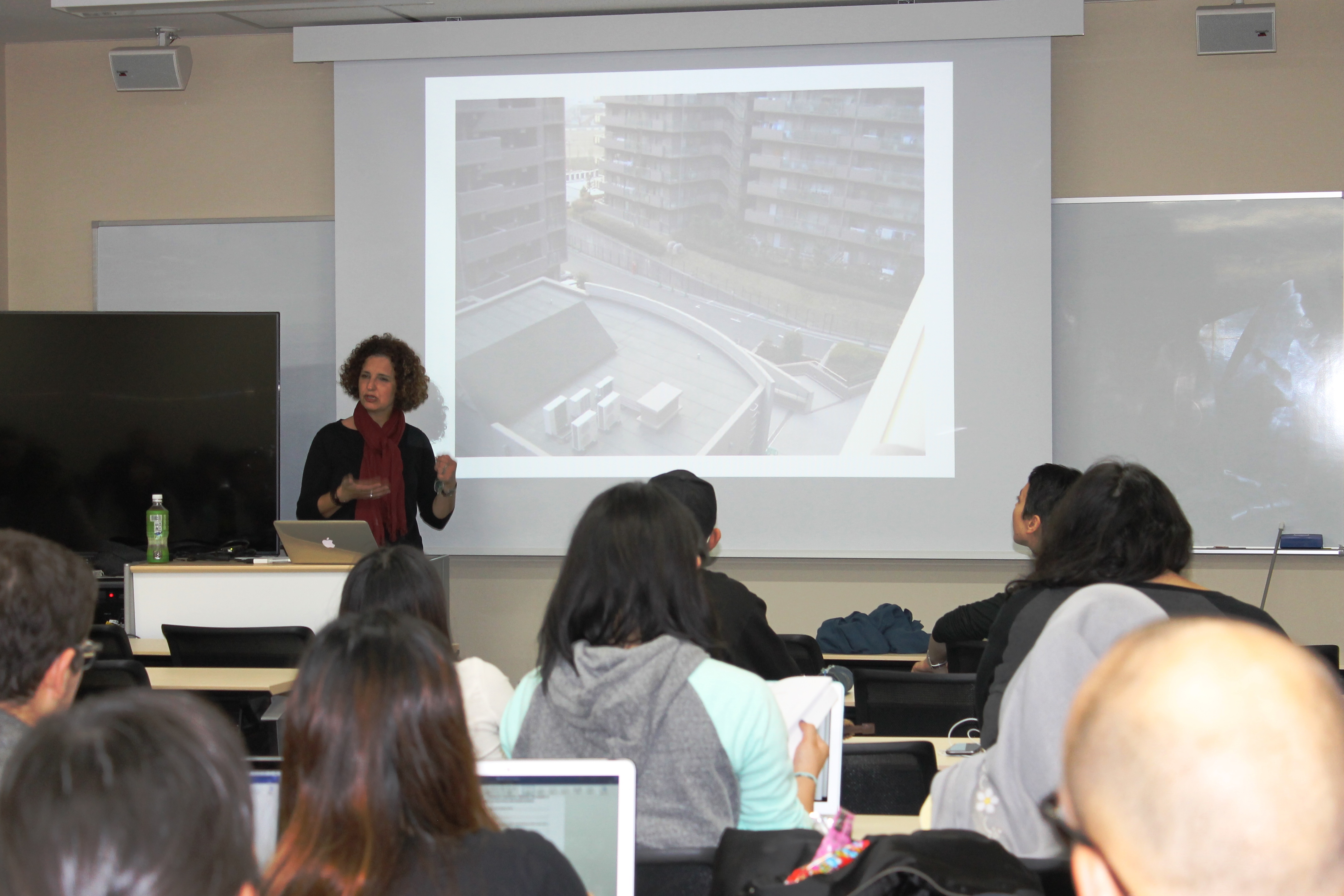 Professor Vivian Blaxell from RMIT University gave a thought-provoking talk based on her on-going project titled “undead empire”. It examined how the ruins of empires in Asia continue to affect political and social dynamics in the region today. This topic has much relevance for understanding Hokkaido’s history, and discussion centred around how Hokkaido relates to the many other case studies presented during the lecture.This lecture was followed by a Workshop for MJSP students on 3 November. 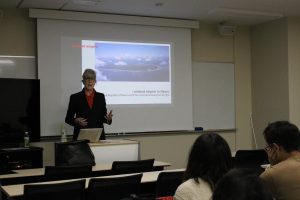 Mr. Al-Badri’s talk discussed the following topics: Europe and Japan are increasingly important trading partners for each other, to the point where a bilateral Free Trade Agreement (FTA) is currently being negotiated. But in recent times the focus of the EU-Japan bilateral relationship has broadened beyond the confines of trade. The EU and Japan share a number of common challenges in the globalised world of the 21st century, and by working together as partners are looking to both learn from and help one another. Energy security, development aid, the social impact of globalisation, ageing populations, the protection of the environment, and science, technology and research are a few examples of fields in which cooperation and co-ordination between the EU and Japan are of mutual benefit. 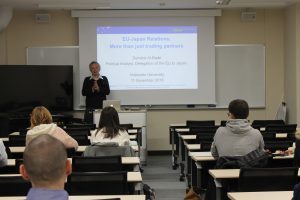 Ms. Manzaki’s workshop helped students improve their Japanese pronunciation as well as their presentation skills. The speaker was a former TV broadcaster and one of the top voice training coaches in Hokkaido. The workshop was conducted in Japanese and English and is suitable for all levels of Japanese from beginner to native. 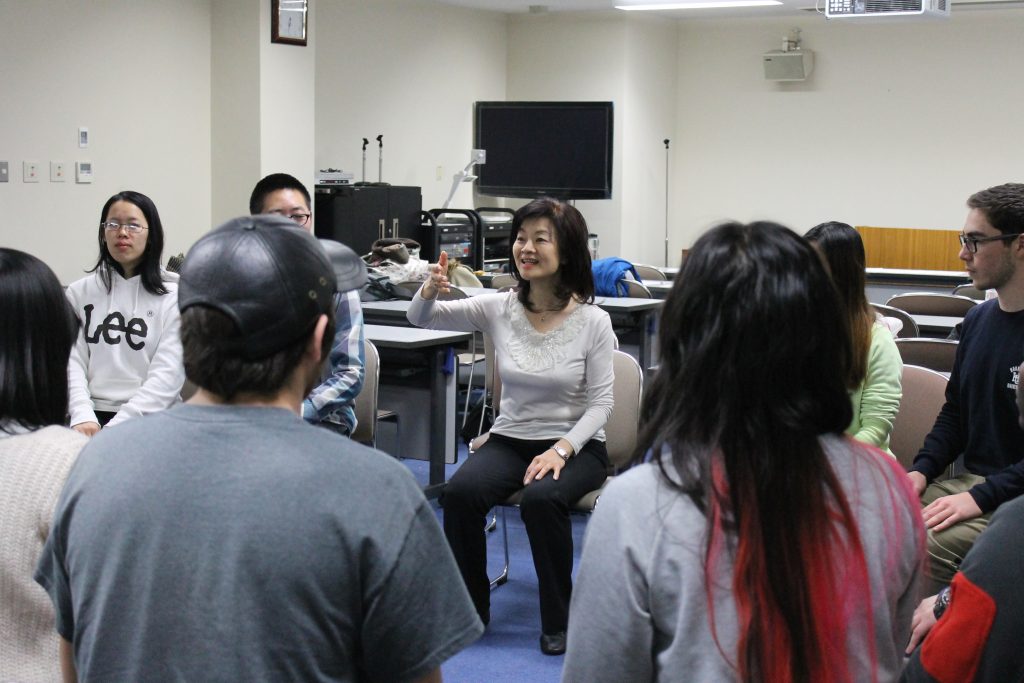 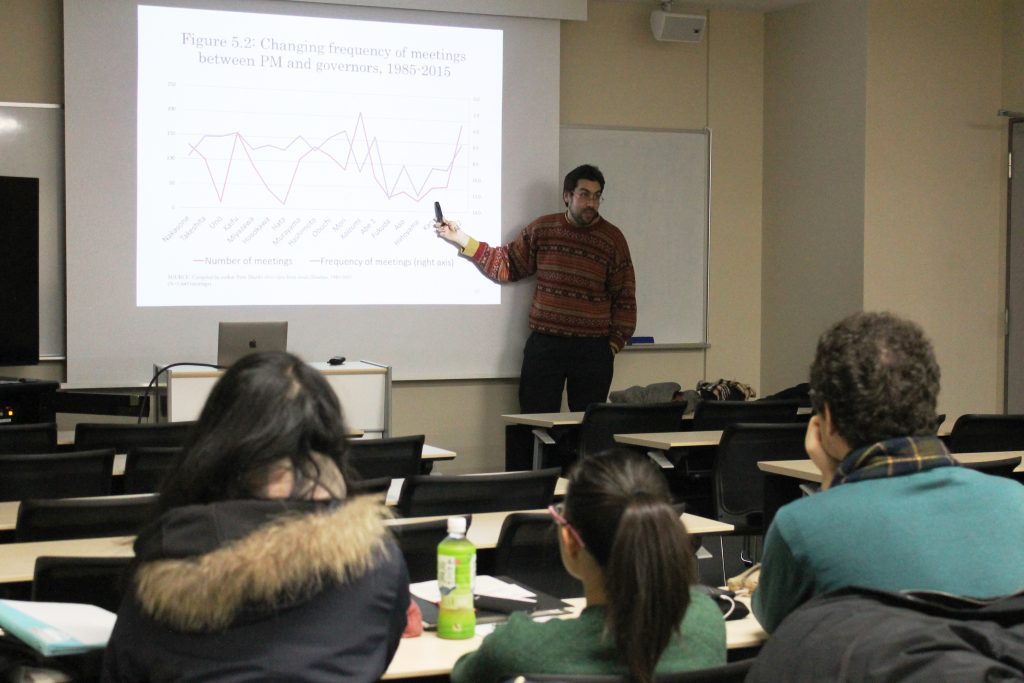